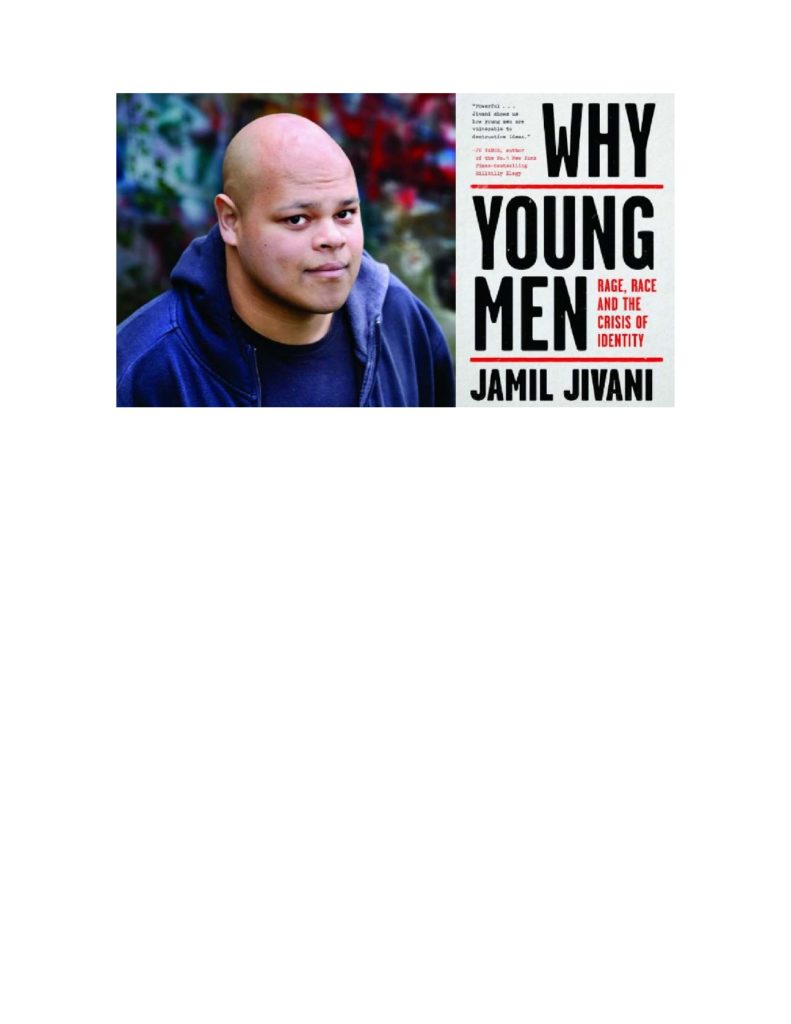 Jamil Jivani was all of eight years old when he was walking home with his father. They were stopped by the Brampton police. Jamil remembers his father being harassed, being made to sit on the curb like a criminal and being yelled at and bullied right in front of him. “It hit me so hard. I was terrified, knowing that when I grew up this is what was waiting for me.”

Jamil became a disengaged student who failed his grade 10 literacy test. He felt stupid. Many experiences in his life made him believe that he was a damaged person. Here’s what he says next. “I was a set of broken pieces that were just waiting for someone to put them back together. Depending on which influences got to me first, the good or the bad, I could have become anything at all.”

Jamil felt the pull to become a ‘bad boy” as a way to survive in his world. So he spent his time proving himself by getting into fights, joining a gang, and. for a time, was involved in a radical group called The Five Nations. His point is this. When children feel rejected by the authorities in their lives or a society that is supposed to protect them, it sends them a message that the world isn’t there for them. So, it leaves them open, vulnerable to others with dangerous ideologies, from gangs to extremists, to ISIS, who step in and offer the promise of fixing their worlds, if…. if you are willing to fight on their terms.

Jamil makes it clear. “We are competing with extremists for our children’s futures. This is a competition for our young people’s lives. It is a matter of who is willing to pick up the pieces.”

Jesus appears to his disciples in the fear and darkness of that upper room. A room where the message is clearly the same one an eight year old child heard that day on the streets of Brampton. ‘The world is not a safe place.’ In to this reality, a bloody yet risen Christ invites Thomas to put his finger into the hole in his hand, his hand into Jesus’ side. “I have come,” Jesus declares, “to give you life and to offer it to you abundantly.” In effect, “I have come to pick up the pieces of your lives.” “I  have come, even through the gates of hell itself, to tell you that nothing, nothing will ever make me reject you. Unlike this world I will always be there for you.” Resurrection is about relationship.

We live in a world of relationship. No one is an island, as they say. Unfortunately, many of the relationships we form in this world are not as life giving as we need, or, they may be on the brink of dissolving, as they all will one day. We live our lives in the tension, frustration, suspicion and grief of how to handle and accept that demise. A husband, a wife, a mother, a father, a sister or brother, and, God forbid, a child.

There are also those relationships that end too soon with the ruthlessness of illness, broken partnerships, terrorists acts, the not so random events of nature’s reaction to our environmental complacency. The reality is, our lives are defined by broken relationships. It has ever been so since the snake wrapped itself around that apple. That slithering serpent knew God would never break relationship with us, so he tempted us with acquiring the knowledge of good and evil, thus taking on the role of God in our lives and, quite frankly, doing it very poorly.

Yet, standing before us this morning is the true God. A God who is inviting us to put our fingers in the holes of his hand and our hand in his side and, in doing so, says to us, “It is I, the great I AM, offering his own wounded, living body to Thomas and again, and again to his loved ones.

Unfortunately, we have taken this glorious moment of supreme love, of covenant, of unbroken relationship, and turned it into a religion. Because that’s what dysfunctional people do who can’t allow themselves to become vulnerable and trust another. The fear of being hurt leads us to try and control our relationships, to put them into a system that we can predict, a law we can interpret. And history has shown that when we trust the righteousness of our religion instead of our living relationship with God, we become war-like with those who think differently than we; we become greedy, racist, selfish and vain, all in the need to prove we ourselves. And the need to prove ourselves only shows just how broken we are, how many pieces our lives have fractured into.

We make resurrection about something to believe in. We look for the promise of a heavenly mansion, a reward in the after life or even the assurance of a post-resurrection existence. Whereas resurrection has always been about having a relationship with someone who makes believing possible. Someone who defines believing as relationship, who creates community in and by relationship, who re-imagines our lives as nothing other than a relationship with God, who was raised from the dead so we might have life and have it abundantly. Not a life lived in fear of brokenness but lives lived in the resurrection assurance that God will be there, always be there, to pick up the pieces of our lives.

Things came to a head for Jamil the day he asked his friend to buy him a gun. His friend said, “Just let me know when you want it.” Jamil went home and cried. He remembers thinking that this was his chance to be the tough guy he had fantasized he could be when he was listening to rap music or watching movies. He almost had his bluff called. He never got the gun because he realized that it would prove the prejudice that others felt about him. He also didn’t want to lose his mother.

The only good thing he had in his life was his relationship with his mother. He was afraid that if he crossed the line, she might give up on him. But she never did. A mother’s love is so often the reflection of God’s soul-filled love, love that never fails, a relationship that a mother will never break, a relationship that will always be there to pick up the pieces. Resurrection.

It was because of that relationship that Jamil, the grade 10 student who had failed his literacy test, became the author of this book, became an activist, and a graduate of Yale Law School. “Show them you care,” Jamil writes, hold on to them. Be the first ones there to pick up their pieces. Let them know that no matter what, nothing can break the love you have for them.”