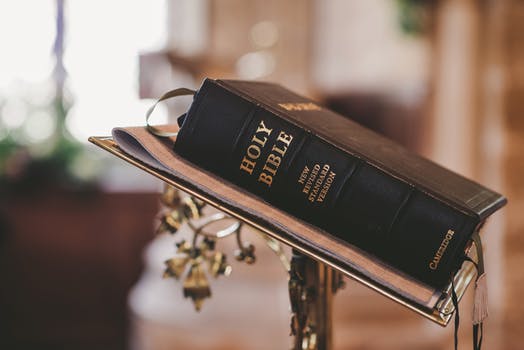 God calls us a ‘stiff-necked ‘ people. “Well,” we say, “that’s just rude.” Is it? Is God so wrong? The truth is, we are a stubborn people who will often prefer the reality of chains to the transcendent gifts which bring us freedom. We are being reminded this morning of our own story by the Israelites.

When you’re in captivity, your greatest desire is freedom. So God gives it to them and they dance on the shores of the Red Sea as their jailers see how long they can tread water with armour on. With spirits now buoyed up by the Deliverer, they follow God into the desert. But God ghosts them for 40 years. By day, all they see is a cloud, and by night, a column of fire. Clouds obscure vision, hiding its secrets within.

Fire defies touch, creating a distance between the God within and the people without.

For forty years they had not seen the face of God nor heard God’s voice. Fearing they would die of hunger, they grumbled to Moses. Thinking they would die of thirst, they grumbled to Moses. Now, they can’t even find Moses, their mediator with God. So they lay their grumbling at the feet of Aaron because in order to hear God’s voice, Moses has to climb up a mountain to reach God in the cloud.

The people cannot go up that mountain or even touch its edges on pain of death. What they heard was not words of assurance but the forbidding sound of thunder. After 40 years their freedom had become an entitlement and they now feel abandoned. The feet which once walked the pavement of sapphires in the Pharaoh’s palace seemed to have now turned and walked away from them. 40 days and no Moses “Is he dead?” “How can he exist on a mountain that long with no food?”

Seems surprising enough that Moses’ right-hand man would agree to create an idol. But I think Aaron was trying to be a good minister, willing to compromise a theological detail in order to appease the people.

No one can deny that it is tempting to shape our plundered riches, our wages, even the reparations of our losses into an image that pleases our senses, mollifies our anxiety, and invites admiration from our neighbours. But that thing we have made from Egypt’s gold is not our God. That thing may symbolize strength and power. It may personify virility, or femininity, or aspects of both or neither; it may embody rebellion or conformity, generosity or greed.

But as close as we draw to it, as much as we celebrate it and place it at the center of our lives, it did not lead us to freedom. It will not lead us into our promised inheritance. It will tether us to slavery, to a world view in which people are expendable, inter-changeable commodities. It will moor us in the impatience of our ignorance and fear. We may dance with it for a day, but soon we will find it leads us to our deaths.

Admittedly, the hard way forward reckons with a divine presence that continues to elude our senses even as it fills and animates them.

“Where was God when…” is an often heard cry. The hard way forward knows the pain of absence and doubt, but still chooses to follow cloud and fire through the desert landscape of freedom. The living link between us and our God has been called the second Moses, the Christ, who challenges and negotiates with God for our freedom.

Another story from Voice in the Stones. As we learned last week, Kent was a white teacher who spent 12 years on an Ojibwa reserve. One evening, Kent had been invited to a pot-luck held in the school cafeteria celebrating the achievement of a young boy who had received an award for a poem he wrote. In this community when one celebrated, everyone celebrated.

As Kent entered the celebration, he found a place to stand beside Joe, an Ojibwa leader to had come home from the city to raise his children in the traditional ways. “See those kids over there,” Joe says, gesturing to a small group of children about eight or nine years old. “Watch.” The kids congregated, as kids do, in a corner of the cafeteria. After an honouring song was sung and a prayer delivered, the signal was given for the meal to begin.

Only after the younger children had jostled their way through the line did those young people approach the tables. Each picked up a paper plate      and some plastic utensils. They held their plates up to those serving, who carefully ladled stew, potatoes, green beans and venison into their plates. Then each child carried their plate over to a group of elderly men and women who were sitting at the back in wheelchairs and metal folding chairs. Each one handed their plate to an elder, who smiled warmly and took it with unsteady hands. After a short conversation, each child went back and filled a Styroform cup with coffee, water or Kool Aid. Only after all this was done did each one of them go quietly to the back of the line to wait for their chance to get food for themselves.

Joe leaned into Kent and said, “This tradition is good for our kids. It teaches them about patience, kindness and putting others before themselves. It also shows them that the elders’ hearts are open wide to them. It teaches them not to be afraid of shaking hands, or wrinkled faces.”

The things that are God are not things, but spiritual entities which will last for eternity; compassion, grace, love and forgiveness. We are a stiffed-necked people. We could probably do with a good dose of spiritual Bengay.