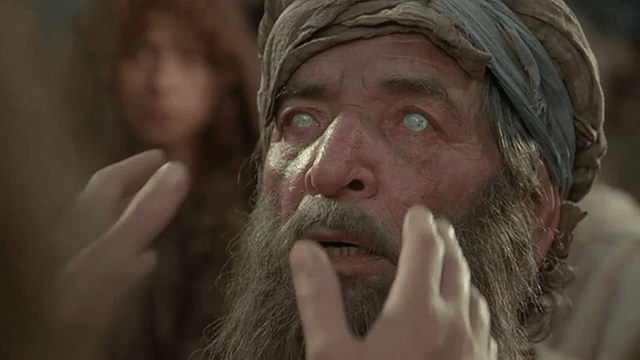 Sometimes Life Smacks You Up The Side of Your Head

There’s a new sheriff in town. Dan Carter is Oshawa’s newly elected mayor. Why should we care? Hear his story. Dan started drinking when he was 13 years old right after his older brother Michael was killed in a motorcycle accident. Dan drank to mask the pain. When drinking no longer did the job, he turned to drugs. “I became mentally, emotionally, physically, financially and spiritually broken by the time I was 31 years old.” “I finally got so sick, I phoned my sister Maureen.”

Don’t miss this crucial moment in Dan’s life. Deep within, his desire to find life was stronger than spending his life as one of the walking dead. When he got to his sister’s house, she did what only sisters can do. She smacked him up the side of his head and said, “You have two choices today, you can either live or die.”

They got Dan into a rehab center where old demons arose. He finally admitted that he had been sexually assaulted by a stranger at a garage station when he was 9. Dan spoke for the first time of living with undiagnosed dyslexia and how he was made to feel stupid all through school. Dan had to stand up and say that he couldn’t read at the age of 31, which was really embarrassing to him. But slowly he broke down the walls he had hidden behind his whole life.

He became a broadcaster, a business owner and a motivational speaker. He became a city councilor in 2014. Winning the election for mayor was a bittersweet experience for Dan. Bitter because his brother Michael and his parents were not there to witness how he had turned his life around. Even his dear sister Maureen was not there to see it. She had committed suicide 9 years after his sobriety.

But here is where Dan’s story so impressed itself upon me. In his interview with CBC’s As It Happens, Dan kept speaking in words of appreciation and blessedness of how he felt blessed by the support of a community who saw him through his hard times and who now gave to him their trust to run this city. He felt sincerely honoured. Tragedy has made Dan a humble man. He did not run to become mayor because he felt he was entitled to it or for the recognition or power, but as an act of gratitude. “It is time,” Dan says, “for me to give back to a community that gave so much to me.”

Well, Jesus may not have smacked Bartimaeus up the side of his head but the results were the same. Bartimaeus was blind in more than sight. It was believed in his time that if a person was born blind, it was because either they or their parents had offended God. Either way, Bartimaeus believed his life was cursed by God. He believed this was his identity, cursed.

In a labour intense society, he was of little use to anyone and therefore his life was of little value. The people of Jericho, however, were not callous people. They believed it their duty to give alms. Bartimaeus would have received at least enough to live on. So, sitting on the side of the main thoroughfare was simply a way of getting a little extra.

This was Bartimaeus’ life. It was how he saw himself. He wasn’t worth much to anyone. He was useless and cursed by God. Darkness was familiar to him. Yet, as he was sitting by the road, he heard this commotion and reached out and tried to grab a passing robe. Curious he cries out, “Who is it?” “It is Jesus of Nazareth.” What was it within Bartimaeus that made him decide to reach out, to shout out? What was it in that moment that smacked him up the side of his head and made him realize that his life was worth more than just being one of the walking dead?

Whatever it was, he shouted out, “Jesus, son of David, have mercy upon me.” “Shut-up you stupid fool. Why would the Messiah waste his time with you?” He shouted even louder and Jesus stopped. What Jesus heard was Bartimaeus calling him the son of David. No one had ever called him that before. Son of King David which would infer onto Jesus a rank of royalty. Jesus as king. No one else had thought of that.

So Jesus called Bartimaeus to him and Bartimaeus jumped up, leaving behind his last symbol of poverty, his ragged old cloak, and stumbled blindly through an astonished crowd to Jesus. He left behind the last piece of his former identity and ran towards a new life with Jesus.

Daryl Davis had all the reason in the world to hate. He had grown up in Tennessee before the Black Lives Matter movement. He grew up being a victim of police profiling and carding. “It seems like every time I left my house, someone was stopping me, wanting my identification and wanting to know where I was going and what I was doing.” He had seen his childhood friends join gangs for their own protection. It was also the only way to escape their poverty. Nobody hired a black person in Tennessee.

He watched as his friends were brutalized by the police and gunned down by other rival gangs. One day he got so low, so depressed that something smacked him up the side of his head. Either he was going to continue to walk through life as one of the living dead, or decide to live and change the world around him.

He remembers telling himself, “You’re not going to beat the meanness out of a mean dog. You start beating a mean dog, it is just going to get meaner. You keep trying to beat a racist, they’re just going to become more racist.” Maybe it was the truth of love that smacked him up the side of his head that day. Daryl confesses, “You can not hate the hate out of someone. You can not beat the hate out of a person, but you can love it out of a person.”

Daryl is a musician. It all started one night when a white man approached him and said, “I have never see a black guy play the piano like Jerry Lee Lewis.” Daryl knew Jerry Lee Lewis personally and told this man that Lewis learned to play from black boogie-woogie music and from the blues. The man didn’t believe him but invited Daryl to have a drink with him anyway. Daryl sat patiently with the man and eventually learned that this white man was a member of the Ku Klu Klan. By the end of the night, this man said he was going to come back tomorrow night with his brothers and sisters, meaning Klansmen and Klanswomen, to see this guy who plays like Jerry Lee.

Since that night, Daryl has made friends with over 200 hundred Klans people. One of those people was Scott Shepherd. Scott had joined the Klan when he was 16. He eventually reached the high ranking position of the Grand Dragon of Tennessee. Scott said, “I didn’t really expect someone like Daryl to even speak to me. After all, I had spent most of my life hating people like him. But Daryl showed me that he was interested in me, you know, like a person. Daryl was black, something I had learned to really hate, yet here he sat listening to me, hearing MY story, and showing me love and respect. He didn’t judge me or try to correct me. He just listened to me and in the listening, he was affirming me.” Scott left the Klan shortly thereafter.

you can receive a smack up the side of the head and make a decision to allow God to heal your blindness, giving you the sight to see yourself as one whose life is worth something. As one, as God has said, who is holy and beautiful in God’s sight. To live your life in the light, in the land of the living. To cast away all the possessions that have cloaked you, defined you, confined you and run blindly through an astonished crowd answering the call of the king of life.

At some point in our lives, we all receive a smack up the side of our heads. When was yours?