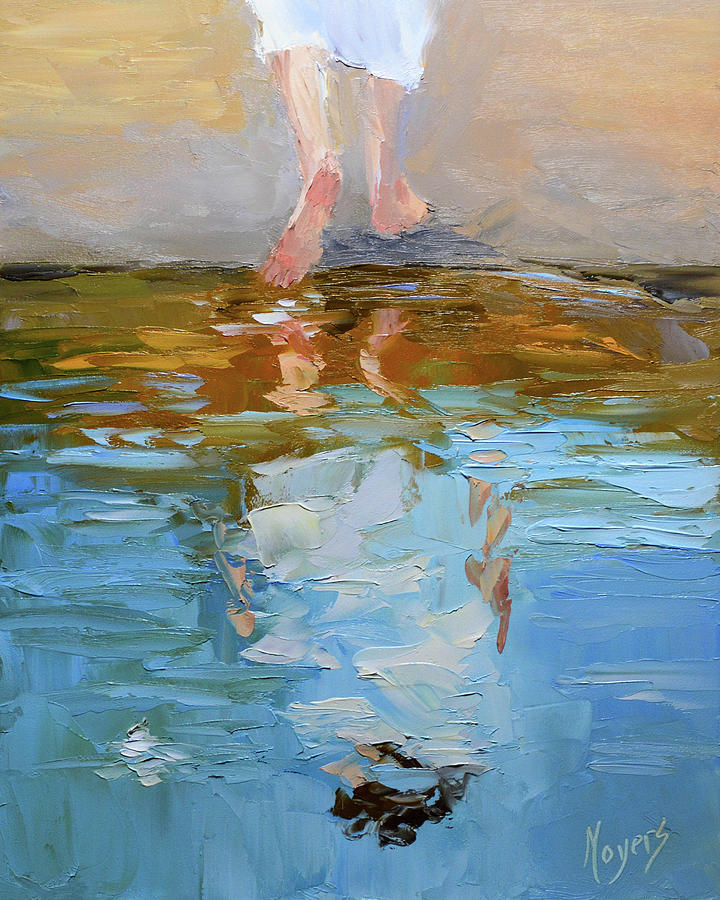 As the days of my life pass before me, the more I know this to be true:      God knows us better than we know ourselves. As the world continues to divide, categorize and isolate, people struggle to find their place within it and be known within it. We work hard to make our place in this world, to be known in this world, to be seen in this world. We’ve learned early on in grade school the cost of being seen as a loser, a geek, as stupid, the one who the cool kids ignore. We learned the marks of success and strive, even within the morals of our religion, to be successful and try to be good and decent people.

But what we are all really looking for is affirmation. Like children who run into the arms of those they trust, we need to be held and, in that embrace, find the affirmation that we are seen, known, loved and accepted by someone. And, gentlemen, a word to the wise. Let’s put away that macho, strong, independent ‘I don’t need anybody’ attitude and confess that we probably need it more than anyone else, so we’ll stop doing the stupid things we do to get this affirmation. Enough said.

Hear the wisdom of God. God says, this affirmation you are looking for is not something you earn, it is something you receive. It is a gift given by God and when you accept the reality that you are a beloved child of God then, and only then, will you find peace from your strivings in this life.

That, I believe, is what is at the heart of Luke’s story of baptism. In every other version of Jesus’ baptism, the gospel writers record God’s voice as saying, “THIS is my beloved son in who I am well pleased.” But Luke says, “YOU are my beloved son, in YOU I am well pleased.” Semantics? I don’t think so. The landscape of Luke’s gospel is painted time and time again with stories of affirmation, of being seen, and the power affirmation has had in people’s lives.

Jesus’ arrives in Nain and feels the widow’s pain as he comes across the funeral procession of her only son. Jesus sees within her sorrow and fear. Sorrow that she has lost her son, and fear of the future.

With no husband and no son she will need to trust her future to living on the streets. Jesus sees what others do not and, out of empathy, resurrects her son.

Jesus alone sees Zacchaeus sitting in that sycamore tree. Jesus affirms this man that nobody else likes because none of us like tax collectors and asks to dine in his home that every night.

Luke alone tells the story of the Good Samaritan. The only things good about this man was that he saw the need of another human being.

Not class, or culture, or a man whose nation snubs Samaritans, but a MAN, robbed and beaten, lying in a ditch. The rabbi would not soil his vestments to help a parishioner. The Levite would not lift his eyes from his book of law and probably determined that an inquest into this crime should take place, but would not bend his own knee to help him. Luke’s gospel is full of stories of seeing and affirming.

Luke is trying to convey to us a great truth. When you have felt affirmed in your own life, when you are no longer running around trying to fill your own heart and soul, it is then and only then that you have room in your heart for others. Only then do you have the capacity to see another person.

Seems like a good sentiment for a Hallmark card but, dare I say, a good lesson for Sunday School. But this wisdom is one of the foundation blocks for finding peace in our time, for inner peace and peace in the world.

A woman finds herself suddenly in distress because, after 20 years of marriage, her husband announces to her that he has found another and is filing for divorce in the morning. I have to wonder if, in their twenty years together, they became so comfortable in their roles and routines, in their own ambitions for life, that they stopped seeing each other. In 20 years, people change. I would worry if people didn’t. So when, in that time, did they stop seeing each other? When did he date nights stop? When did they shut off the T.V. and go for a walk with each other, holding each other’s hands and hear about each other’s journeys?

This is a story of awakening for the rest of us in relationships. It is easy to become comfortable and stop seeing one another; to take for granted ‘du wife’ and ‘du husband’; to stop see beyond the roles we fulfill and see the humanity of the person.

Often, I hear the young and naïve talk about finding the right person. Nothing wrong with searching for compatibility. But so often, this search is taken on looking for someone who will fill their own needs, will be their personal cheerleader, who will make them feel good about themselves. Unfortunately, little thought has been given to seeing to who this other may really be. Often, these relationships become dependencies to supplying one of them with the affirmations they need and to protect them from their fears. Dependency is not relationship. One of these people ends up forgoing their hopes and dreams to fortify the other. Unless we become intentional about it, seeing the others closest to us can become easily disregarded.

And, well, you know that I just have to go there this week. You all know that Trump has shut down the government until Congress gives him the 5.6 billion dollars he needs to build his wall and fulfill his campaign promises. 800,000 federal employees were not paid last Friday. Some can’t pay their utility bills, have no money to buy groceries, and may lose their homes if they can’t make their mortgage payments.

Does Trump really see them from the comfort of his Penthouse? Maybe, in some sense, he does but only to blame the Democrats for their plight.

Does Trump really see the people standing on the other side of the border? These are not illegal aliens. These are asylum seekers who are fleeing military persecution in their own country, a country, by the way, that has had their arms supplied to them by the Americans in the first place. So the Americans are supplying the military regimes with arms they are using to suppress their own people, and when these people flee out of fear, Trump wants to build a wall to keep them out.

We know, as with all groups, there may be some bad apples in every bunch, but by and large only 13% of violent crimes that occur on America’s soil were carried out by immigrants, both legal immigrants and illegal immigrants. Of that 13% only 3% are connected to drug lords and organized crime. Americans themselves account for 87% of all violent crimes. Maybe Trump should be corralling them and building a wall around them.

There is no question in many people’s minds that Trump has no intention of really seeing these people. To go and meet with them, sit with them around their makeshift dwellings, commune with them around a meager meal, hear their stories, see their travel worn hearts and souls seeking not to live off the crumbs of other American’s tables but to simply find security and peace.

The British Empire only saw savages as the claimed new lands for Britain and stole their natural resources. They did not see indigenous people with a valued culture. Neither did they see the dignity of black Kings and Queens as they shoved them into the cargo holds of ships and sold them as field workers to sugar cane plantations.

We ourselves didn’t see woman as people until 1929 when the laws were changed to include them as human beings giving them the right to vote.

Today, we see Jesus redefining life as he himself comes to the river to be baptized and then kneels in the mud and prays. We hear God say, “YOU are my beloved son. In YOU I am well pleased.

God, the all powerful, the omnipotent, the King of Kings and Lord of Lords says to you, and to you personally, “YOU are my beloved child. In You I am well pleased.” Are you having trouble with that? You’ll have to figure out why on your own.    Just know that this is not something that is earned or taken away whenever you fall from grace. This is a gift. God, being perfect love, can do nothing other than love you unconditionally.

So, I say again, God is saying to you, “YOU are my beloved child.”

Until, you receive this healing proclamation into your own heart and soul, you will never have room in your heart to truly seeing another and, in seeing them, affirm them, which is, by and large, the great commission Jesus gave to us, to simply love one another. It was not a corny, poetic rhyme that St. Francis offers to us when he says, “Let there be peace on earth and let it begin with me.” There will be no peace on earth until we accept the affirmation from God that we are beloved,  and are therefore empowered to see and love others.