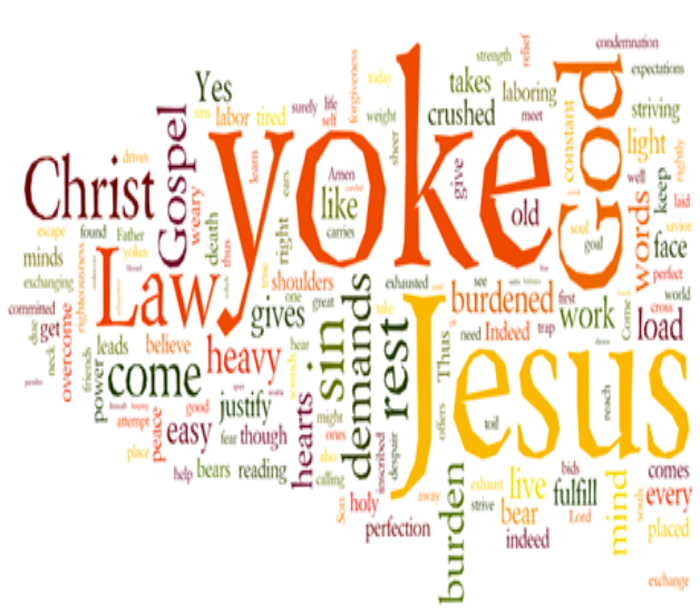 I began wondering if Jesus had been lying to me. Jesus told me quite clearly, I remember hearing these words, that if I was to surrender to this call to ministry, he would give me rest. This is what he said, “Take my yoke upon you, learn from me, for I am gentle and humble of heart, and you will find rest for your soul. For my yoke is easy, and my burden is light.”

Rest. Such a beautifully enticing word. Seductive in its invitation. Yet, halfway through my ministry, having been called to a new church, I discovered that there was more than one way to disappoint an expec- tant people. “We have a new minister in our church. He may not be young, but he’s not old. So where’s the flood of young families we were expecting to come flowing through our doors? Where’s the remedy to our budgetary woes? Where’s the perpetual pastoral care bringing com- fort to all?

He spends too much time in his office when he should be out visit- ing. And you know, just last week I went to see him about something and he wasn’t in his office. Where’s all those miracles this new minister was supposed to perform?”

All this and more which underlines the fact that the call to ministry is not a profession which lends itself to self-care. Clergy do not tend to focus on the lifting of our burdens when one of the primary elements of a call is the bear the burdens of others.

“So Jesus,” I began to ask, was this ‘yoke easy and your burden light’ nothing more than propaganda to sucker me into accepting this call? Were you lying to me Jesus?” Light burdens and easy yokes appear as an oxymoron especially when elsewhere in the scriptures Jesus re- minds us that “The gate is narrow and the road is hard.” As a matter of fact, didn’t he just say a few short verses before, “Whoever does not take up the cross and follow me is not worthy of me.” Promises of rest then cannot simply been seen as a guaranteed vacation.
*****

When Moses’ anxiety was going through the roof leading a grum- bling group of people around the wilderness like an explorer who lost his compass, God offers him rest. God says, “Moses, relax, I am with you, and I will give you rest.” So maybe rest is found in the presence of God. Maybe rest is grounded in Jesus’ invitation to relationship. Life has convinced me of this. Ordering our lives to the will of God makes our lives easier because I have seen how an improper relationship to God surely makes for a much harder life, a much more restless life.

Rest. A novel concept for our church. We’re disciples of God man- dated to go out to all people making disciples of all nations. We’ve got work to do. Besides, rest is hard to find in a world where they say faith has become irrelevant. Denominations are waning. Churches are dying. The belief is that if pastors would just work harder and if the people were just more committed, the church could be saved.

But don’t we already have a Saviour? And if we truly are a resur- rected people, we know that death is never the end. Maybe… maybe.. it is time we stopped for a moment and took a rest, asked some of the hard questions about the source of our fatigue.

I suspect that much of our weariness in the church comes from holding up structures which need to change. We are called to follow Je- sus. Yet, it must be hard for Jesus to pry our grip off of the things we love most about the church, our history with it, the buildings we care for and hold such memories for us, the traditions of candle light on Christ- mas Eve, the harvest gifts at Thanksgiving, the Church Picnics, to leave these things behind and get us to follow a new direction.

The challenge for us is not preservation, but the kind of challenge which mandates imagination, creativity, and energy, all of which are really hard to engage in when fatigue has taken hold. Burn out and breakdowns are not always the result of exhaustion-they are often the symptoms of passions run dry. The answer, Jesus says, is not to work harder, but to rest. Without rest, nothing gets done and nothing new can be dreamed.
*****

I was struck this past week by a study which came out of UCLA. This study observed the typical week of thirty-two middle class families in Los Angeles. The idea was to get a snapshot of American family life in the 21st, century. The results, according to the researchers themselves, was disheartening. So consumed with working, collecting and amassing, with generally getting ahead, families had little time together to enjoy what they had worked for. Jeanne Arnold, lead researcher, shared her dismay.

“Something like 50 out of the 64 parents in the study never stepped outside in the course of about a week. When given tours of their homes, they’d say, ‘Here’s the backyard. I don’t have time to go out there.” They work a lot from home. Leisure time is spent in front of the television or on the computer.” “Okay”, we say. “That’s L.A. but here in the great white north, we are far more recreationally active.” May so

but this does not negate the fact that we are just as enslaved to the no- tions of success, and put few limits on our work. Is not our fatigue self- constructed and self-imposed?
*****

Now, I am going to take a pause here for a reality check because I know my dear wife is sitting over there squirming in her seat probably wanting to shout “So why don’t you follow your own advice, my preacher husband?” I never claimed to be the ‘poster child’ for our faith. I struggle with this stuff just as much as anyone else, maybe more so belonging to a generation who was raised to believe that children should be seen and not heard, and that being a hard worker, what you do and accomplish defines one more than who you are.

The reality is, for you and for me, we are enslaved to the idea that our children must have every opportunity possible or we will be bad parents. Consequently, we schedule them and ourselves into frantic lives, and then wonder why our children have trouble focusing. We en- slave ourselves with the belief that the only thing that will bring con- tentment is MORE…more money, more space in our homes-‘Are you going to Love It or List It?-more cars, more things to put on your resume, or in the closet, or….So many levels of want don’t permit much time for anything but work.
*****

Rest is not an invitation to take an afternoon off or even go on va- cation though I intend to do both. It’s an invitation to loosen the shack- les and climb out of the cages we have constructed from our culturally- fed belief that more is the ticket to happiness and that work is the ticket to more. Abundant life is not a quantitative term, but a qualitative one. Jesus isn’t lying to us. Rest is an act of faith. It is the acknowledgement of being in relationship with God. It is an act of trusting that relationship and letting go, of surrendering our burdens and letting God carry them for awhile. Rest, gives us the opportunity to see life in new ways both personally and as a church. To unshackle ourselves from the myth and declares more of the same is better. Rest from all that. It is a beautiful word. 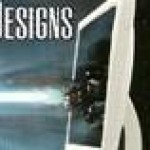