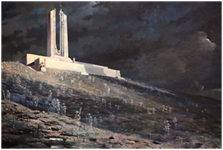 Blessed are those who hunger and thirst for righteousness for they shall be satisfied.

2017 commemorates the 100th Anniversary of the Battle of Vimy Ridge. Vimy Ridge itself was a gradual rising escarpment 7 kms long located in eastern France. The Germans had occupied this for vantage point for 2 years making the neighbouring towns vulnerable to bombing from their cannons, along with securing access to the North Sea. The French had been able to keep the Germans from advancing but had never been able to take the Ridge.

Blessed at the poor in spirit for theirs is the kingdom of God.

In 1917, four divisions of Canada troops were sent in along with British troops. This was the first time different divisions of Canadian forces had been joined together. Their sole purpose was to take the Ridge. These were schools boys, farmers, indigenous people, accountants, office workers, any able bodied man they could enlist from Canada. They were not killers or mercenaries. They were simply men who believed the aggression of Germany was wrong, who needed to defend those French civilians, protecting their right to freedom.

Blessed are the pure of heart for they shall see God.

After months of preparation, on April 9th, 1917 at 5:30 in the morning, through sleet and snow, the advance began. 100,000 Canadians joined the advance. After laying down a barrage of bombing, the troops would then advance 100 meters at a time, leap-frogging each other. Four different divisions, located all along the 7 kms of the Ridge, advanced simultaneously.

To ask them if they were scared would be inane. But they went anyway, blessed in their purity of heart, believing in their mission of liberation.

Blessed are those who mourn for they shall be comforted.

They took that Ridge after three days of fighting and the losses were great. 3,598 soldiers were killed in those days and would never go home to their beloved Canada. Mother and fathers would mourn their sons, wives would be left as widows, children as orphans. 7,004 other were wounded, returning home bearing forever the wounds of body, mind and spirit. The hell they experienced at Vimy Ridge would haunt them forever.Many of these soldiers’ bodies were never found or were buried in unmark graves, which is why the Memorial at Vimy Ridge is strewn with empty combat boots, commemorating those who were lost forever.

Blessed are the merciful for they shall receive mercy.

Yet, a grateful people offered what little they had to those, who had, for a time, removed the horrors of aggression, secured their towns, and brought them freedom. Four members of the Canadian Corps received, from a grateful country, the Victoria Cross, Canada’s highest military honour.

Blessed are the meek for they shall inherit the earth.

Blessed are the peacemakers for they shall be called the sons of God.

There are those today who still tell us that we should not celebrate Remembrance Day for it brings recognition and honour to war. No one is honouring the hell of war. What we are remembering are the values of liberation and freedom. What we are remembering is that individuals, an entire nation, was willing to sacrifice the lives of their youngest and best in a war that was not their own, to stand against aggression, prejudice, dominance and fear.

What we remember is that our freedom has come at a cost. We are naïve or have become complacent in our freedom if we believe that the evils that once took the lives of our people no longer exist. The truck massacre in New York last week, the random gunning down of concert goers in Las Vegas, and let’s not forget the shooting in our own country of a soldier standing guard at the War Memorial in Ottawa.

People are afraid. They are afraid of what the influx of immigrants into our country is going to do to the cultural fabric of this nation. How their lives will change and what they once held onto, which gave them power and authority in their lives, is being threatened. America is not the only one crying to be made great again. Some in our country may use different words but the sentiment is the same, let’s think about ourselves first, preserving what we have, because we are afraid.

So, in my opinion, that is why we need not only to listen to the truths which are contained within these stories of our past, but we must live out these truths, allowing them to become part of our being. of the true value of freedom and liberation for all God’s children, and what we are willing to sacrifice so those values may be gifted to others.

A Poem By Rabbi Sylvan Kamens. I invite you to join me in the response.

In the rising of the sun

and it going down,

In the blowing of the wind

and in the chill of the winter,

In the opening of the buds

and in the rebirth of spring,

In the blueness of the skies

and in the warmth of the winter,

In the rustling of the leaves

and in the beauty of autumn,

In the beginning of the year

and when it ends,

When we are weary

and in need of strength,

When we are lost and sick of heart,

When we have joys and special celebrations

So long as we live,

they too shall live,

for they are a part of us, 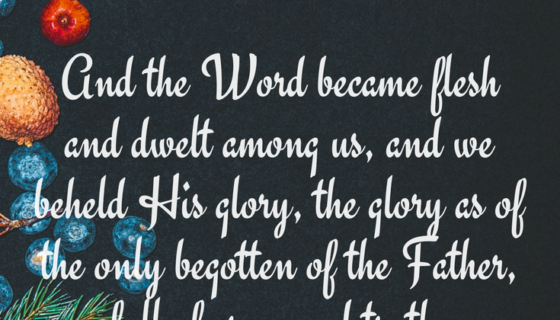