Hello, my name is Mary. I have also been known as St. Mary, or Virgin Mary or, more commonly, Mary, the mother of Jesus. For today let’s just stay with Mary. You see, for 2,000 years the world has called me blessed as God indeed said it would. Yet, with that annunciation has come an adoration that has elevated me to places I don’t belong. Not that I mind the attention, but it has become a distraction to the truth of my story. Let me begin at the beginning.
*****
To start with, my real name is Miriam named after the sister of Moses. In our tradition, the name Miriam means ‘bitter sea of sorrow’ as in one who was born into a bitter sea of sorrow. I believe I was named so by my father Joachim because we were of peasant stock. I say this with no shame attached to it. 90% of the people who lived in Nazareth were peasants. We bore the burden of a triple tax system: taxes paid to the Romans, taxes paid to that puppet, King Herod and finally the temple tax. Nazareth, where we lived, boasted a population of barely 1,600 people, so this was quite a burden to carry.
Most of us eked out a living through agriculture and simple trades, like carpentry. I lived as many in your world still do, like the women in Asia, Africa and Latin America to name just a few. I lived in the family home and carried out the duties of my gender. I engaged in hard labour, carrying water daily from a nearby stream. I chopped and carried wood for the cooking stove, ground grain at the local millstone, washed the utensils and our clothes down by the stream.
As well as this
I have spent my days walking the hill country of Judea and did so even when I was pregnant. I made the 4-5 day pilgrimage to Jerusalem every year on foot. I have slept in the open country. So, as you see, this wonderful depiction of me upon your screen this morning, the beautiful work of Fra Lippo Lippi’s Madonna, is not exactly accurate. Know for certain that I was Aramean, dark skinned and with dark eyes, not this blue eyed, blond haired Madonna wrapped in gorgeous purple robes. I think people wished me to be beautiful for it would not do to think of the mother of the son of God to have been ugly. Funny what people think is important. Whether I was beautiful or not, I will leave for others to decide. You can be assured that Joseph loved me and that is all that really matters.
It is important for me that you understand that I was not some saintly, delicate woman. Fragile, I was not. I had a strong back calloused feet and hands and knew 10 hour days, as many of you do. Bearing the Son of God bore me no privilege. If anything, the opposite was true. No truer words were ever spoken than those of the old man Simeon the day we met at the temple for my purification ceremony. He said to me:
Your son is destined
for the falling and rising
of many in Israel,
and shall be a sword
that pierces you own soul as well.”

Any woman who has lost a child will understand the last part of that statement. So why, the world has asked, would I have called myself blessed? An impoverished young girl who would raise a child in perilous times, who ended up dying for his cause? What is blessed about spending so much of my life in fear?
*****
Let’s take a look at this for a moment, shall we? As I understand it , blessed in your culture has come to mean living a life of privilege and comfort. You use this term as a way of celebrating those moments in life when everything is going well and everything seems right in the world, or at least, your little corner of it. Used in that context, you are quite right. There was very little blessed in my life. I believe, however, there is a deeper, biblical understanding of this word. Maybe I can illustrate it for you.
*****
I don’t suppose I can avert your curiosity about this whole virgin birth business. It seems to have become a hot topic in your day. There are those who wish to venerate me into sainthood by suggesting that I conceived by the Holy Spirit. There were those in my time who had heard the legends of other great prophets having been conceived by a virgin and thought that the Son of God should be part of those who were divinely ordained. There are also those who believed that the whole purpose of the incarnation was for God to come and live among us. It defeats the whole purpose of God becoming truly human if Jesus was not birthed in a truly human way. These people would also point out that, in the Jewish tradition, every first born male child was considered the son of God. Being a people who worship facts, I suppose you would like me to end this ancient debate. Sorry, I’m no going to do that. I believe that struggling with mystery is a stepping stone to faith. I don’t want to rob you of that journey because struggling with mystery is the point of my story.
*****
Do you not think that when I was visited by an angel in my dreams, I did not struggle with mystery? Do you not think that when I discovered this child growing within me while being betrothed to Joseph, that I didn’t struggle with mystery? Do you not think that when I left my family’s home every day to collect water and wood, to do the dishes and laundry, being met with the insults and name calling from people who used to be my friends, that I didn’t struggle with this mystery? Do you not think that the tears that soaked my pillow at night fearing Joseph’s rejection, wasn’t a struggle with mystery? Do you think the shame I bore each and every day in my own home with a mother who ignored me and a father who denounced me, wasn’t cause to struggle for the truth within this mystery? So much struggle.
I’m not sure I have resolved it yet. But this I knew then and know now. God does not abandon God’s faithful. I had then, and still today, a steadfast confidence in the fact that God exalts the humble, seeks and saves those who are lost, makes those who mourn rejoice, changes tears into laughter and lifts up the lowly. I have come to learn that God not only saves God’s people but that God embodies them as well. God was very real to me in those days. I believe God has a destiny for each one of God’s creations and if we listen hard enough we will hear that still, small voice guiding us.
I thank God everyday that the man I was betrothed to thought the same way. Talk about struggling with a mystery, what about Joseph? Accepting me even though I became pregnant. Taking me to Bethlehem with him. Coming back to Nazareth and living in my parent’s home before we had to flee. And I wish you to understand this as well. When that tyrant, paranoid, King Herod, heard that there might have been a Messiah born among us, he declared that every first-born Jewish child from the age of three and younger should be slaughtered. This was genocide, clear and simple. Joseph and I were not the only ones to leave. We were just one of hundreds to flee Galilee. We joined the migration to Egypt.
I believe something like this happened not so long ago in your continent, where thousands of people from Latin America made their way through Mexico to the United States. We were one of those. I empathize with every one of heir footsteps Fortunately, Egypt was always building and Joseph had good skills. They welcomed us but never let us forget that we were immigrants and not Egyptians worthy to work for them but not be one of them. We held immigrant status.
*****
Maybe you are still not understanding why I believed myself to be blessed. Not because I gave birth to a saviour. The world tends to crucify saviours. But because God was true to what God had promised. God came and dwelt among us. God brought light into the world’s growing darkness. I was merely an instrument of God’s hand.
God empowered the lowly bringing forth the king of all kings who was laid in a manger. God filled us with hope. Those that mourned in toil and oppression could now rejoice. Those who cried in fear could now laugh in joy. Those who were lost to this world were now being found. My song to Elizabeth, what has come to be known as the
Magnificat, is my song of freedom for the poor.

Come sing it with me,

“My soul dost magnify the Lord
because God regards even the lowliest of handmaidens.
Let us be mindful of God’s mercy
and rejoice in the might of God’s hand.
For God will scatter the proud
and put down the mighty
and lift up the lowly.”

I believe that as much today as I ever did then. That is the truth I came to declare to you today. My name is Mary and that is my story. 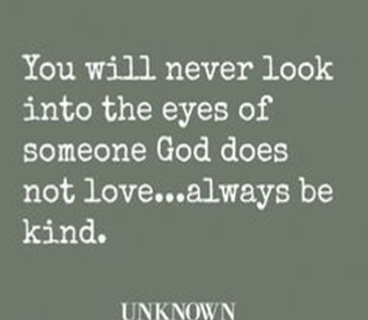 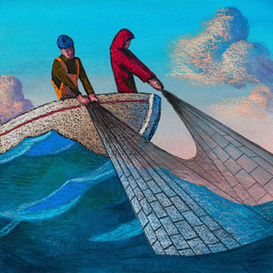 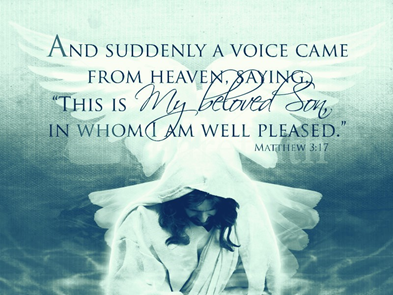