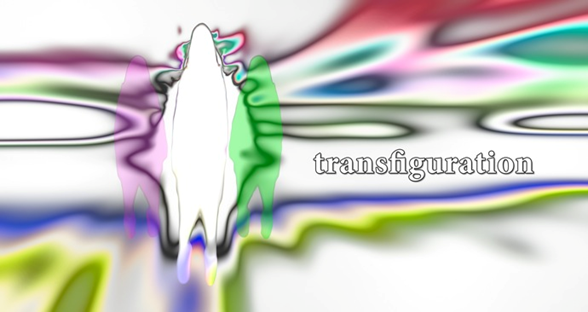 I love good old Peter. If I had to place good money on it, I would suspect that Peter was born in May, a Taurus. Maybe not, but he sure acts like a Taurus. To understand the impact the Transfiguration has on Peter, we need to back up about six days. Jesus is travelling with his disciples into Caesarea. Jesus is curious, “Who do the people say that I am?” The answer. “Some say you are Elijah come back to life. Some say Jeremiah or even John the Baptist.” “Who do you say I am?” Impulsive Peter jumps up like a schoolboy, pumping his fist in the air because this is the first answer he has known all day! “Why you are the Christ, the son of the living God!” Jesus gives him a gold star. “You are a rock, Peter. To you I give the keys to the Kingdom of Heaven.” A proud moment for Peter. But then Jesus does what Jesus does. He elaborates on what this means. He tells them he will suffer many things and he put to death. This is unconceivable to Peter. Jesus cannot be both Messiah and victim. The Messiah is wrapped up in glory and victory, not suffering and defeat.
*****
We may well be standing in Peter’s corner on this one. Our competitive society is ranked on winning. Ever since grade school when we all got our report cards, we’ve known who the winners were, and who of us hid our report cards in our knapsacks. Today, the new language is ‘crushing it’. Crush the opposition. Crush that exam. Crush that….. whatever. Not just winning, dominance. We smile when the basketball player shatters the backboard with his dunk! Dominance. A country withholds aid to a foreign power building up sanctions upon it until this foreign power concedes to doing what they want. Dominance. We’re with Peter on this one. We’re Christians. We’re on the winning side. With the victory of Christ on our side, we will simply steamroller over everything in our path we consider to be demonic. That’s victory and the power that comes with it. Dominance.
*****
Spoiler alert. Jesus says, “Get behind me Satan.” The way to victory is through death. In that sacrifice is planted the seed of salvation. In surrendering, in the suffering, in the unconditional love of offering yourself for another, will come the victory. We’d understand, if at this point, Peter becomes a little frightened. Jesus continues to say, “Anyone who is willing to follow me must be willing to deny themselves, take up the cross and follow me.” Peter has been witness to many crucifixions in his lifetime. He knows this language of the cross is not a metaphor. “For whoever is willing to save his own life, will lose it. Whoever is willing to lose his life for my sake, will save it.” This is getting real.
*****
I see Peter muttering to himself as he claws his way up the mountain with Jesus. “Losing is winning. Surrendering is glory. Death is victory. It just doesn’t make any sense.” Reaching the apex of this mountain, Peter looks up and sees Jesus standing before him, his face shining like the sun, his garments as white as light. Then, in strolls Elijah and Moses. Elijah, who was last seen ascending into heaven on a fiery chariot, rending his clothes and yelling, “Father, Father. The chariots of Israel and its horsemen!” Moses, who was last seen standing alone on a mountain watching his people cross the Jordan into the promised land. Not one really knows what happened to Moses after this. Legend has it that God buried him in the desert. No one has ever found the grave. Many believe he never did die but ascended to heaven as well. So, it is not improbable that these men, who may have never died, were now standing on this mountain. The great prophet and lawmaker standing beside Jesus of whom God just said, “This is my beloved son. Listen to him.”
*****
“Now, this is more like it,” Peter thinks. “Let’s bask in this glory for awhile. Let’s set up some tents and have a real good country visit.” Then, as suddenly as it appeared, this revelation is gone. Jesus, the regular Jesus, the same guy who used to wear a tool belt, lays his calloused hands upon them. With his compassionate, healing, courage-inducing hands, he asks them not to fear. “Let’s head back down the mountain. Let’s go back to the world as we know it to be.” I can’t imagine neither Peter, nor James, nor John were all that anxious to get up. They knew the path from that mountain led to Jerusalem; led to the place where there were those who wanted to crush them. Those who saw victory as dominance over another, who were just waiting for the chance to crush and humiliate Jesus. They wanted people to see him naked in front of the crowd, to see he was just a man. They wanted him to cry for mercy. They wanted him to beg forgiveness from a cross. They wanted to seal him away in darkness forever. They wanted to go back to Jerusalem and collect their gold medals of victory!
***
Jesus says, “Come, let us go.” Are you coming?