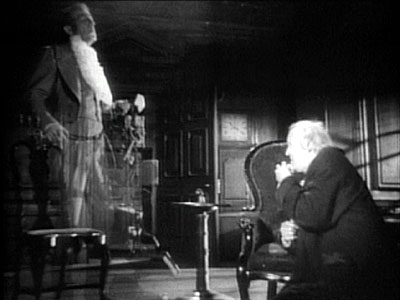 The poem we read from Isaiah is, in fact, the second part of his work. In the first part, he is trying to get the Israelites to understand what landed them into slavery to begin with. Isaiah doesn’t mince his words. “You got too big for your own socks.” (my paraphrase.) This is what he actually said. “You were a people who started calling evil- good, and good- evil. You were a people who sought darkness when you should have been seeking the light. You took what was sweet and described it as bitter, you thought you were so wise and shrewd in your living.”

Arrogance. They became apathetic to the light and goodness of God by which they had founded their nation. They had taken the laws of God which were meant to build a holistic community and bent them into a world of a privileged few and pushed others to the margins. And they used God’s own laws to persuade the world that they were the entitled, the righteous, the called, and therefore should not be treated as others, but given authority and power. What was good, they called evil. What was light they covered with darkness. What was sweet they called bitter. but they thought themselves so wise and shrewd.

Any kingdom not laid on the foundation of God’s law will never last. In their preoccupation with attaining their own glory, preoccupied with their own cleverness, they failed to see the enemy at the gate which drifted into their city like a fog and destroyed them.

Sound familiar? History repeating itself? No doubt of that.

Even as we sit here this morning, those who deem themselves to be shrewd and wise sit at our back door. The beautiful ministry of Wesley-Robins, built upon the dedicated faith of this community, built upon God’s laws of service and sacrifice to others, in an attempt to build dignified and respectful housing for all seniors, is now being called controlling, apathetic, and no longer essential. What was good in the hearts of Wesleyans is now being called bad, the sweet service now being called bitter, and the cover of darkness is being thrown over the light of love, simply because a few people have decided it was so. Why? That is for you to discern. But I will tell you that the foundation is crumbling.

You undoubtedly heard last week that Trump declared Jerusalem the capital of Israel. He proudly declared in his shrewdness that he has done what no other president in the history of the United States has been able to do before him. It wasn’t because other presidents   weren’t aware of this issue, they just weren’t arrogant enough to act on it. People have already died because of this declaration.

Then Trump declares that “We will continue to be actively involved in the peace talks.” How can you pursue peace talks when you have already taken sides? Peace is not something you can barter for. Peace is found in understanding, sacrifice, loving another as yourself. The light of equality, respect and honour has just had the sheet of darkness thrown over it.

These are not new stories. In his most famous work, A Christmas Carol, Dickens has thrown back the bed curtains on Scrooge’s dark world of self-interest and gain to haunt us with the light of God’s truth. Dickens knew of what he spoke. At the age of ten, his family had been thrown into debtors prison and he was sent to a work house. At ten years old he spent 12 hours a day, six days a week, pasting labels on black polish bottles. He spent 4 years there in child labour. Scrooge is Dickens’ personification of this evil bent on gain.

That’s why the scene in his book, where his business partner Marley appears to him as ghost, is so powerful. Here the good, sweet, enlightened reality of eternity meets a world which thinks itself shrewd. “You are fettered Marley. Tell me why.” “I wear the chains I have forged in life, link by link, yard by yard. Oh, but you would know the weight and length of chain you bear yourself, Scrooge. It was heavy and long seven Christmas Eves ago and you have laboured on it since. It is a ponderous chain. My spirit never walked beyond our counting house, the limits of our money changing hole.” “But it was only that you were a good man of business Marley.”

In the shrewdness of this world, Scrooge is trying to justify what they had done in this life, by calling evil- good, the bitter- sweet, and the darkness enlightened. “Business,” cries the ghost. “Mankind was my business. Their common welfare was my business, charity, mercy, forbearance and benevolence were all my business.”

I would like to re-gift Christmas. Apparently, that is socially unacceptable. But my disdain for how the world has trivialized this precious gift we have been given, makes me simply not care. We hand to the world the power of incarnation, the key to peace in the world and what do we get in return? We’ll show you how to rock Christmas this year! Don’t be out-gifted. Christmas trees that hang from ceilings. Oh yes, for only $1,200, you too can have a 7 foot tree hanging from your ceiling.

A time to reflect, to digest the wisdom of transforming the world and the power to do it has become a holiday season away from work so we can nurse our hangover and chew Tums to relieve our over-indulgence. Then, on the very next day, we’ll be lined up outside the stores at four a.m. so we can be the first to get those deals, and fights will break out in Best Buy.

It didn’t take long to turn the sweetness of Christmas into the bitterness of greed, did it?

Yet, even in these times, Isaiah still cries out, “Comfort, comfort my people Israel, oh God.” For even in these times our Lord promises not to desert us. God is so committed to bringing this arrogantly shrewd world of ours peace, that God is willing to climb across that celestial bargaining table, which is meant to divide and protect with distance, and become one of us. Are we hearing this truth about peace?

God was not only willing to give up God’s celestial power, but God was willing to become vulnerable, exposing God’s self to us. If it had not been for the human care of Mary, this child would have died. Talk about the willingness to open yourself to others, to reach understanding, common ground.

This child comes in lowly state, and spends his life living and working as one among us. Spends his life experiencing our pains, entering into our laughter, making those who were considered the last in this world first in his life, teaching us how to touch and heal. Who willingly took shrewdness of this world upon him and allowed its destruction to finally kill him, so he could show us that the evil, the bitterness, and the darkness we create, does not have the last word.

Can you imagine what would happen if those who negotiate for peace were to step out of the security of their walled compounds, out of the luxury of their embassies and live for three years in the refugee camps of Myanmar, the bombarded cities of Syria, in homes along the war torn Palestinian west bank? Can you imagine what would happen if our leaders and politicians went not just to visit the homeless, but lived with them on the streets or if they lived in their own government housing complexes on a welfare budget.

I think it is time that we re-gifted Christmas to the world. It is our only hope for peace.