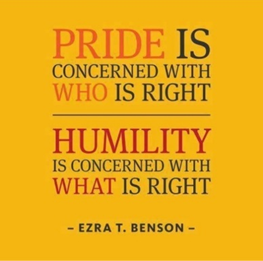 The parable Jesus gives to his disciples this morning is for our spiritual growth. Could you worship a god who would justify Hitler if he was to cast his eyes humbly to the earth, smite his breast and say, “God, be merciful to me, a sinner?” Many could not. Could you worship a god who would justify a person like Paul Bernardo if he would cast his eyes humbly to the earth, smite his breast and say, “God, be merciful to me, a sinner.” I’m not sure the Homolka, Mahaffy or the French families could ever do that, and not many of us would blame them. Could you worship a god who would justify a child molester?
What makes you think what God does is contingent upon your opinion or judgments? That is the basic message for today’s parable from Jesus. You see, although we villainize the Pharisee for his arrogance and putting down of the tax collector, the problem is, the Pharisee was right. The Pharisee is a very just person. The Pharisees’ attention to things like rituals for cleansing one’s body or one’s cookware was part of a larger effort to help people encounter God’s holiness in their everyday lives. The difficulty was that often the rituals they had developed had become outdated and simply labourious in their observance.
*****
I’ve been slowly cleaning out some things in my office in preparation for retirement. I am astounded by the language found in some of the books I once considered the foundation of our faith. We no longer condemn divorce. We no longer say women cannot speak in church. We no longer don white gloves and patent leather shoes and bonnets for Easter Sunday. When I once asked my father why we had to wear suits to church, because to this day I still lament wearing a suit. He responded with the following wisdom. “Do we not get dressed up when guests are coming to our home? We do this out of respect for our guests. We wear suits on Sunday out of respect for God.” All these rituals, we felt, made church a special event. It was a way of encountering God’s holiness in our daily lives. This helps explain why Jesus had so much interaction with Pharisees in the gospels.
Remember that Jesus was born into and raised in the Temple, with Pharisees as his teachers. The similarities he shared with them led to dialogue, which made some Pharisees sympathetic to Jesus’ movement. The similarities also exacerbated the differences, for Jesus came not to destroy the law but give it new life. He wanted these laws to be relevant to the people he grew up with, to speak to the realities of foreign occupation, of ending the divisions in society, to heal and lift up.